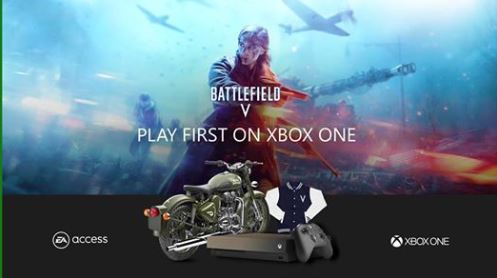 Xbox just announced their new  Battlefield V Competition on Facebook, enter for your chance to Win a prize pack including a Royal Enfield Battle Green Motorcycle valued at $9,690.

Entry to this competition is open only to legal residents of Australia aged 16 years and over.

To enter you need to visit the official Xbox ANZ Facebook page and look for the post promoting this competition, like it and use the comments section to “share your best poem about playing Battlefield V in 25 words or less!”.

Competition concludes at 5 pm AEDT on 18 November 2018.  Winner will be selected by a judging panel.

Winner will be notified by private message on Facebook.

Qantas Carmen on Cockatoo Competition: Win a $5,000 trip to attend...