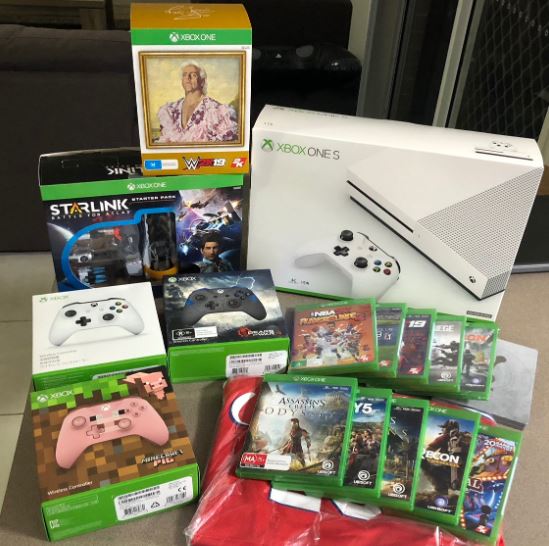 Enter the Skill Up Christmas Competition to get a chance to Win an Xbox Christmas prize pack valued over $1500.

To enter you need to visit the official competition web page and sign in to the competition widget using your email, Facebook, Instagram, SoundCloud or Twitter account. After signing in, you will be taken to another tab which will allow you to earn more entries by followoing or subscribing to Uber Timmeh, Nikki Napalm and Baudiesel on Twitch, Twitter or YouTube.

Competition closes on 22 December 2018.  Winner will be selected by random draw from all eligible entries.

There is one prize available to be won, consisting of a Xbox prize pack including an Xbox One S console, 3 wireless controles, an Astro A40 headset and 15 games.

Fitaid Recovery Competition: Win a $7,000+ recovery prize pack including an...

Hyundai IONIQ 5 World Cup Competition: Win a trip to the...